During the 2015 campaign of Columbus Crew, they managed to secure the 2nd spot of the Eastern Conference after being able to collect 53 points in 34 matches but it has been a completely different story in the latest season in 2016. 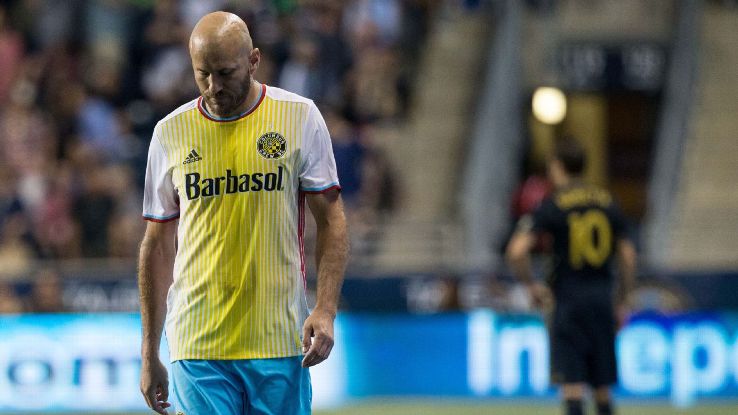 In the season of 2016, Columbus Crew has underwhelmed in comparison to their previous campaign after only being able to secure 36 points in 32 matches and the manager of the club Gregg Berhalter has expressed his disappointment in how his squad has been performing as the 43 year old American manager said:

“We had high expectations this season and it’s plain and simple, we didn’t meet those expectations and we’re disappointed. I told the guys it wasn’t about tonight’s game. If we would have had that type of intensity that type of effort all season we would be having a different conversation.”

Columbus Crew even managed to reach the finals of the 2015 MLS Cup where they faced off with Portland Timbers and ultimately lost 1-2 but nonetheless it was still an achievement being able to reach so far and coming so close to win the piece of silverware.

New York Red Bulls and New York City FC are the final 2 opponents of the season that Columbus Crew will be facing off with and even if the squad of Gregg Berhalter are indeed able to secure victories in both of these upcoming matches, it will not make much of a difference as they will not be able to secure a playoff position due to the fact that Philadelphia Union is holding the last playoff position with 11 victories while Columbus Crew has only sealed 8 triumphs.

This means that even Columbus Crew come out on top in their final 2 matches, their total tally of victories will only be 10 and not enough to surpass Philadelphia Union.