Atlanta United have undergone changes during the off-season with the appointment of Frank de Boer as the new manager, while influential players like Miguel Almiron have left the club. The players have admitted that the Dutchman has brought about a new system at Atlanta and it is a departure from the incredibly successful period under Gerardo Martino. The Argentine manager was able to lead Atlanta to a MLS cup title in impressive fashion last season and it was the first major title for the new franchise. 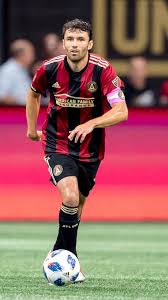 However, Frank de Boer has decided to go down his own way, according to captain Michael Parkhurst. The defender claimed that the manager is using a variation of the system that was highly successful last season. Even though the changes do not appear to be dramatic, the starting positions of players have changed and Atlanta are still getting to grips with the system. In terms of the man marking during set piece situations, the club has also been able to witness changes with zone-oriented marking being the preferred choice compared to man-to-man marking system. However, one of the little aspects that has not changed include the attacking mindset of the team, as Frank de Boer wants his team to entertain fans.
END_OF_DOCUMENT_TOKEN_TO_BE_REPLACED

Wayne Rooney expressed his views that the end-to-end technique and style of play in the MLS is quite similar to one more American sport. Wayne Rooney joined the club of DC United in the month of July and then transformed the fortunes of a team as he inspired and influenced their run to the Playoffs of MLS Cup, where they were finally knocked out by Columbus Crew on penalties.

But the 33-year-old said that he has properly enjoyed the tour so far, and gave a hint that some more quality players can join the Black and Red in the off season. While interacting with the Euro sport he told them that “when I joined the team, it was lacking confidence and was diffident but I recognized they had the ability to do things so it was just a matter of guiding the players for showing that ability.” He added “I definitely enjoyed it. It was a very tough and competitive league and we were a bit unlucky for being knocked out of the playoffs and those so on penalties. And right now, I’m looking forward to the upcoming season and we are eagerly waiting for a few more new players who will come in and we will make it happen.”
END_OF_DOCUMENT_TOKEN_TO_BE_REPLACED

MLS club side Atlanta United have one foot in the Major League Soccer (MLS) championship match after seeing off New York Red Bulls 3-0 in the first leg of the Eastern Conference final on Sunday.

Elsewhere in the Western Conference, it was a tough game between the Portland Timbers and Sporting Kansas City in which both teams were forced to share the spoils at the end of the match.
END_OF_DOCUMENT_TOKEN_TO_BE_REPLACED

LA Galaxy forward Zlatan Ibrahimovic said that he will accept to play on an artificial surface in the match against Minnesota United. He said that this game is an important one for the team as this could boost their chances of winning a trophy.

Zlatan Ibrahimovic has played just one time on an artificial surface since joining LA Galaxy because of injury concerns and said that he will do it this time around.
END_OF_DOCUMENT_TOKEN_TO_BE_REPLACED

Wayne Rooney has struck the ground running in MLS and recharged the fortunes of DC United. Here, the James Nalton a well known name from the World Football Index gives you a close look at his impact. DC United had a turbulent start in the Major League Soccer season of 2018, but the commencement of Wayne Rooney and his move to a fresh stadium has seen the players finding form.

At the start of the year, the home matches were a rarity because DC United waited with patience for their new ‘soccer-specific’ stadium that is Audi Field, to get available for them.
END_OF_DOCUMENT_TOKEN_TO_BE_REPLACED

The game at StubHub Center in Carson, Calif lived up to the hype as the stars represented their sides very well. The Swede took his tally to 15 goals in 17 games in the Galaxy shirt. His goals helped the team remain unbeaten in the last nine games in the MLS, which includes five victories.
END_OF_DOCUMENT_TOKEN_TO_BE_REPLACED

Retired referee Howard Webb says he is enjoying his video technology introduction experience in the MLS. 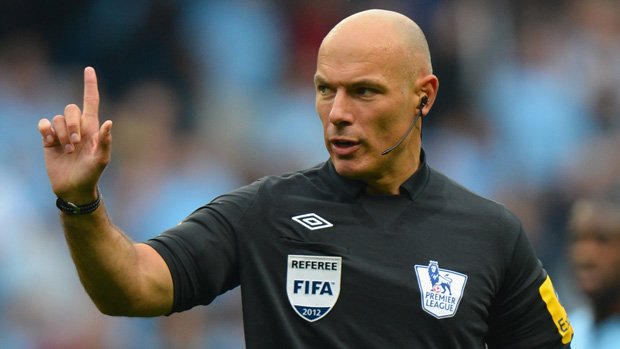 The man who officiated the 2010 World Cup final and retired in 2014 is enjoying the thrill and challenges of spearheading the video technology implementation in the league.

He says he is working hard to ensure the smooth running of the system in the North American top flight league. Webb is the Manager of Video Assistant Referee Operations, where he oversees the development, education, assessment and assignment of VARs.

“It’s amazing this journey that football takes you on,” he says.

The man, who started his refereeing experience in Rotherham’s local leagues before growing into one of the most respected officials in the game, says it is still incredible that he is heading the video review project in New York.

Webb says he was approached by the MLS football officials to join the development and implementation of the video review project. The former match official said he was interested in the opportunity to combine his on the field experience with his recent work in television so he accepted. END_OF_DOCUMENT_TOKEN_TO_BE_REPLACED

The Swede left Manchester United as his contract ended after he picked up an injury. The free agent is in recovery for knee injury at the club’s training ground.

While the Red Devils have not ruled out re-signing the 35-year old on a short term basis, the likelihood is very low. Los Angeles sides LA Galaxy and Los Angeles FC are reportedly keen on signing the former Barcelona, Milan and PSG striker.

The former Swede international is expected to make a decision on his next career move soon. There is a high chance that he would move to the MLS where he would end his illustrious career. He would have spent more time at Old Trafford but for the cruciate knee ligament injury he sustained against Anderlecht in a Europa League fixture in April. END_OF_DOCUMENT_TOKEN_TO_BE_REPLACED

Brazilian star Kaka is the highest paid star in MLS football, according to recently released figures. The former AC Milan and Real Madrid player retains the spot for the third year running with a weekly average of £108,000. Kaka has a deal with Eastern Conference leaders Orlando City that involves a salary of £5.6 million in annual wages.

Second on the list of highest paid MLS football stars is Toronto’s Sebastian Giovinco who receives £5.5 million in wages. Toronto offers Michael Bradley £5.1 million per year so he sits third on the list. New York City player David Villa £4.4 milion and Andrea Pirlo £4 million and they both make up the top five on the list.

American soccer star Landon Donovan has joined the group trying to lure the Major League Soccer to San Diego, according to reports.

The player is the league’s all-time leading scorer. He spoke on Facebook last week, revealing that he has joined FS Investors – the group behind the league’s expansion franchise.

The group is advocating that San Diego take over the vacant 166-acre Qualcomm stadium as the NFL’s Chargers relocate to the LA area. The group is proposing a 30,000-seat stadium for the MLS team, with the state benefiting from a n active football programme.

The Chargers spent 56 seasons in San Diego but recently announced that this season would be their last ahead of their move. Many opine that with the rate at which the league is expanding, then there would be a premier league and a second-rate league, as common in Europe. END_OF_DOCUMENT_TOKEN_TO_BE_REPLACED